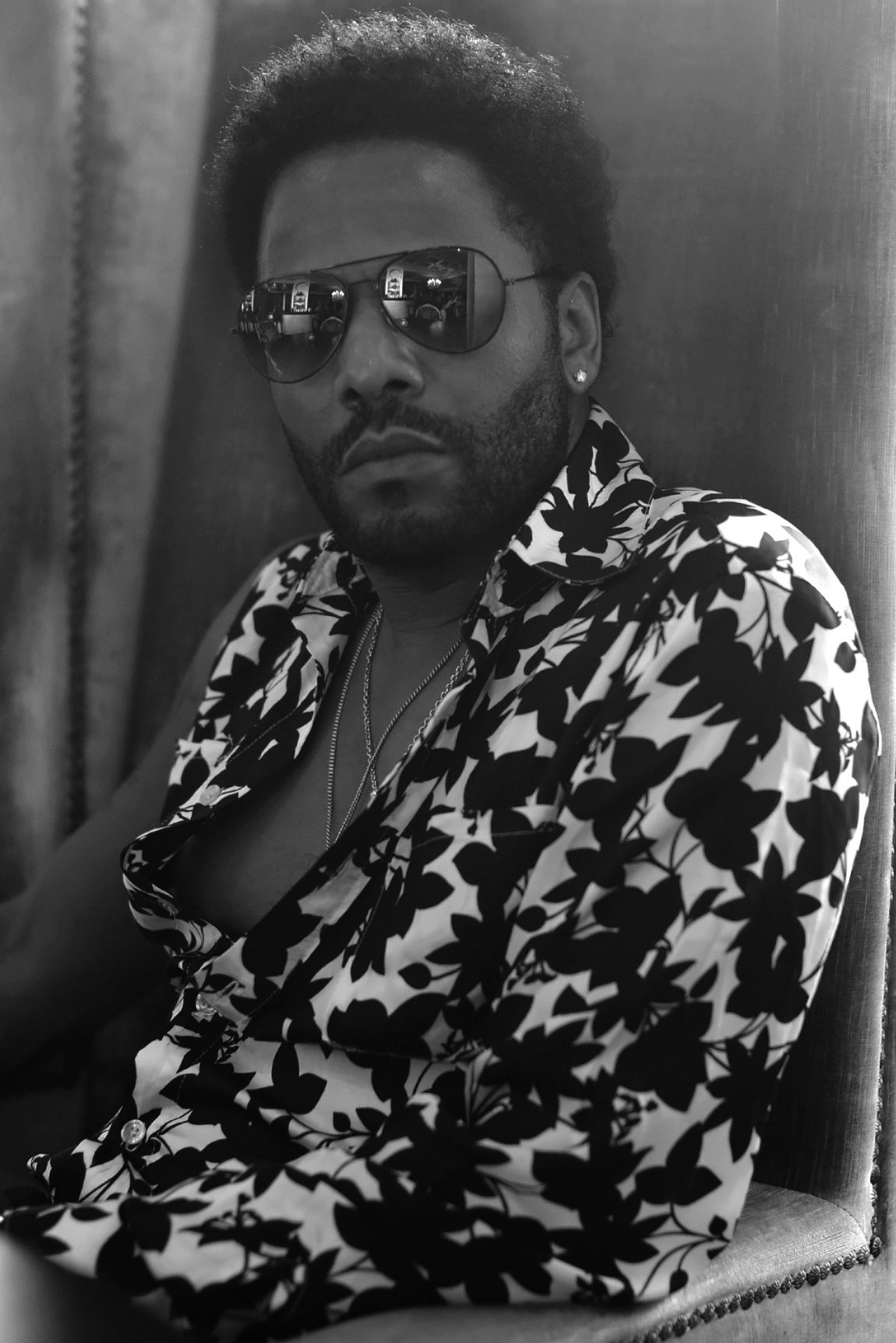 “Being talented and rich is a great thing, but being of use to society is incredibly fulfilling” – Andreao ‘Fanatic’ Heard

Andreao ‘Fanatic’ Heard is a Grammy award winning, multi-platinum producer who has worked with some of the biggest recording artists in history including: Michael Jackson, Beyonce, Will Smith, Notorious B.I.G and many more. He won a Grammy for his work on Beyonce’s first solo album “Dangerously in Love” and was also nominated for his contribution to Anthony Hamilton’s “Back To Love” album. His music has helped sell over 50 million records globally and he’s responsible for countless chart topping hits.

Andreao’s list of accolades are unending but what shines brighter than his achievements is his inspiring personal journey and spiritual beliefs. Andreao and I have been friends for nearly a decade and our countless conversations about life, creativity and perseverance have shaped me. He’s a kindred spirit whose intellectual generosity has gifted me with inspiring and insightful conversations. Simply put, it’s an honor to share a glimmer of this inspiration, life and genius.

When you first started working in music, what were your goals? Did you ever dream of achieving what you have?

When I first started my career, working with legends like Michael Jackson was unfathomable to me. My goal was to get my record played on the radio, which no one from my community had ever done. Once I accomplished that a few times I was confident I could exist in the music business. I became obsessed with buying equipment and making music. I had no ‘plan B’, just passion and a belief in my potential.

Tell me more about your early years. How did you get started in music?

I had success in my hometown but the real test was to go to New York and compete with the top producers in hip-hop. I traveled back and fourth to New York and New Jersey and existed in the city’s roughest neighborhoods. I lived in areas where homicides rates were the highest in the country and looking back, I would never want my children to do what I did. I was so focused on making it in music that I was oblivious to the dangers around me. There were many times when I was barely getting by, financially and otherwise. Many times, things came down to the wire but I always made it through those rough patches. I don’t know how, but I just kept going. I was determined! I worked very hard and networked as much as possible. I was hungry to learn about the music industry and I made sure I was always prepared to display my music anywhere and at any moment. I would hang out in studios in hopes of running into people to network with. Eventually, this paid off and I got a lucky break by being at a popular studio at the right time.

During those early years, I didn’t think about anything other than my work. I had laser-like focus. I was willing to dedicate all my time and made many sacrifices to have a long term career in music. However, my story is not unique. I know many people who put everything on the line for their dreams. I recently met someone who was sleeping in his car in L.A. He was grateful he had his car and was not completely out in the cold. He worked tirelessly on his pursuit of his dream and mastered his ability to network and connect the dots. He now has a high profile management team and investors who believe in his vision. His ability to consistently overcome adversity reminds me of my early years in music.

How did you deal with setbacks and failures, especially in those early years?

I believe that negative experiences are valuable. They’re not here to make life miserable, they’re here to teach. Hard times and mistakes are great teachers. These are the times that define you and create the person you are meant to become.

You had achieved your industry’s highest accolades and worked with some of the greatest artists in popular music. What made you leave New York for L.A.? How has L.A. changed you?

I felt I had paid my dues and given my life to music. I had more money than I thought I could ever make from music and much respect from the industry. I lived a fabulous lifestyle but, even after achieving things beyond my dreams, I was not happy. I moved to L.A. a few years ago to find new inspiration and reassess the importance of my music and career. While in L.A. I became deeply introspective. I started to think about my beliefs, purpose and spirituality while incorporating them into my music.

What did you learn from your spiritual journey? Do you feel you’ve found meaning and purpose in your life?

While in L.A., I was on my usual morning run when suddenly, I started noting words that were coming to me from what seemed to be a higher power. I felt deeply compelled to share these words as they were about perseverance, spirituality, hope and motivation. I was surprised to see inspiration manifesting itself in a medium other than music. A few years ago I wrote a song called “Who’s Loving You” about a relationship that ended. I played this song for Anthony Hamilton who loved it and sang it on his Grammy nominated album “Back to Love”. The process of exposing my soul was the beginning of the realization of my purpose. These incidents started an inner exploration.

I had dedicated my life to mastering music and achieved its highest awards, but music was not my ultimate purpose. The purpose of my life, and all our lives, is to be of service to humanity via our work. Music was a vehicle that I was gifted with, which I use to fulfill this purpose. I have found fulfillment of this purpose in public speaking, producing film, fashion design, mentoring young people and by being present in daily conversations. We all have different vehicles to achieve this ultimate purpose because it is what we are destined to do.

We all have a spark of genius within us. Our unique talents and abilities should be used to uplift others. The scale of our impact is irrelevant because uplifting each other is our responsibility each day. Every day, we have the opportunity to alter someone else’s life. The small things that you may say or do could plant the seed of inspiration that will come into fruition years later.

You are incredibly talented. Do you believe that everyone is gifted in the same way?

Yes, I think that everyone has a genius level talent. It’s the individual’s responsibility to find that gift because that’s what makes the person unique. I constantly remind young people that they’re not going to win in life by trying to be someone else. I advise them not to ignore their unique personality and abilities because that is what will make them successful.

You mentioned you started your career with no ‘plan B’ and a belief in yourself. What role did this belief play in your success?

People who become successful have a supportive internal belief system. Many people fear their own dreams because innately, they feel they’re not worthy of that kind of success or impact. They don’t believe in themselves and they don’t do things they fully believe in. In order to master your work, you have to start with a strong foundation of belief in your potential.

Can you give us an example of this kind of belief system?

My favorite example is Kanye West’s album “808s & Heartbreak”. After his hit record “Graduation”, which made him a very successful rapper, Kanye’s next move was considered career suicide. His next album, “808 & Heartbreaks”, featured him singing with an Auto-Tune. He didn’t even rap on the album. He sang at the Grammys in front of the best singers in the world. It takes a lot of confidence to risk your career in hip-hop by singing. Believe in yourself in the same way. Nurture your own gifts with the same unrelenting belief in yourself. If you truly believe in something, it will resonate and people will believe in it too.

I’m currently working with an underground hip-hop artist and we’re taking his music into a different direction. I’m pushing him to believe in himself to the point where he doesn’t need to explain or justify his art. He should just showcase it proudly with confidence, regardless of the reaction.

Kanye put out “Yeezus” last year and critics called it his worst album. Then he went on tour, sold out arenas and made everyone believe the album was dope.

This is the kind of unwavering belief in yourself that’s required to succeed.

What advice would you give to young people with dreams?

My advice would be to dream big but enjoy the process along the way. Expect that it will be a long, hard journey. There will be days where you feel like giving up, days where you won’t be sure about what you’re doing. Achieving one’s goals is an emotional exercise, which takes mental strength and discipline. Digital technology, American Idol and the media have created fantasies of overnight success. Be weary of this, it doesn’t exist. Commit yourself to the journey and love what you do. If you do anything with passion success will find you.

Also, find good mentors and cherish them. I would have never been able to navigate the tricky waters of the music business and politics if it weren’t for my mentors. They helped me avoid many pitfalls by giving me great advice.

Entrepreneurship is important to young people today and I think that’s a great thing. However, don’t be afraid of working for other people in order to learn their discipline or craft. There is value in learning from someone first hand and being dedicated to the work.

Finally, find and nurture what makes you unique. Be conscious of your ability to uplift others on a daily basis and use your skills to do the same. Being talented and rich is a great thing, but being of use to society is incredibly fulfilling. Money comes and goes but having an impact on someone’s life lasts forever. Believe in yourself and never, ever give up.

CreativityInspirationLifePeopleSpirit
On September 16, 2015
0
Previous Post The Beginning of Wisdom
Next Post My Immortal Grandfather: His Legacy & Lessons on Happiness, Fulfillment and Purpose